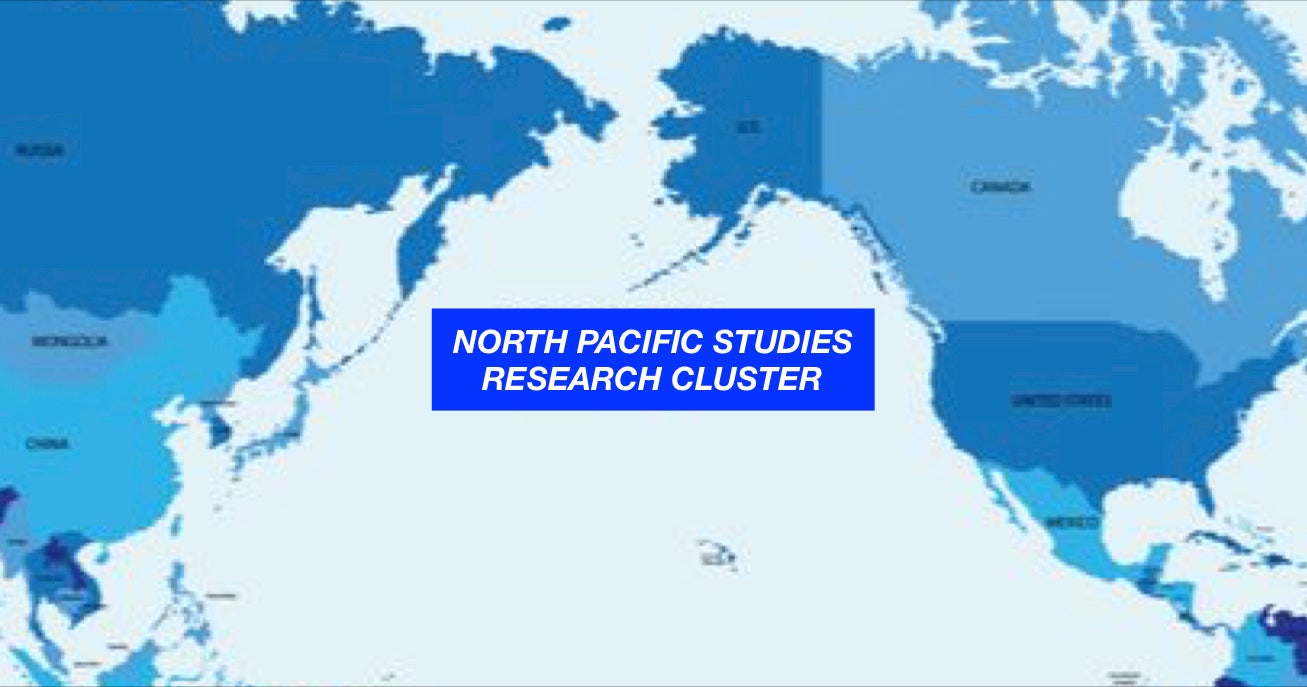 The waters and lands comprising the North Pacific Crescent (NPC) region are eco- and ethnologically diverse, consisting of (from west to east; including but not limited to) nation-states currently known as the Philippines, China, Taiwan, Japan, South Korea, North Korea, Russia, the United States (Alaska, Washington, Oregon, and California), Canada (British Columbia and the Yukon), Mexico (Baja California, Sonora, Sinaloa, Nayarit, Jalisco, Colima, Michoacán, Guerrero, Oaxaca, Chiapas), Guatemala, El Salvador, Honduras, Nicaragua, Costa Rica, and Panama. As the northern half of the Pacific Rim, this region’s historic and contemporary status as a dynamic and leading global economic power for investment and trade opportunities – encompassing half the global trade and half of the GDP (led by Japan and South Korea in the west and the United States in the east), as well as nearly half of the world’s population – is well recognized, recently by the Obama administration’s high-profile defense- and policy-driven “Pivot to the Asia-Pacific.”

Given how the NPC region is viewed as a (re)new(ed) frontier for twenty-first century economic development via the exploitation of human, water, and land resources – all of which disproportionately affect Indigenous/local communities suffering from settler colonialism, extractivism, and militarization – the futurity of Indigenous/local communities specifically, and our global relations (human and more-than-human) more broadly, depends on critical new networks of thought leaders and grassroots activism.

This collaborative project will be led by an intergenerational research team comprised primarily of Indigenous women researchers who are from the NPC region and rooted in forward-looking and sustainable matrifocal epistemologies/ontologies, what we are calling Indigenous Feminist Logics (IFL). All team members are dedicated to advancing Indigenous feminist thought and action in research, and will seek to address the following guiding questions: What are the histories and contemporary examples of IFL-rooted research and activism in the NPC? What confluences exist, or need to be brought into being, between Indigenous and feminist thought leaders and activists? What are the opportunities and challenges facing the creation of an IFL-rooted NPC collective?

With the support of the 2019-2020 Feminist Research Institute Faculty Collaboratory Fellows Program and the UC Davis Humanities Institute sponsored HumArts Research Clusters Program, we will launch the first phase of the IFL/NPC Project via a year-long series of transdisciplinary convergence research activities, such as: documenting (a proposed multimedia website); networking (curated writing and action workshops); and envisioning (collaboratively seeking and applying for larger external grants to sustain project futurity).